This post was written by Lene Øverland, the CEO of Orbis Africa, a South African registered non-profit organisation. You can help be part of the solution by getting involved.

I went to school in Norway in the 1980s. The country was booming with oil money and every school had a nurse on site, a full size football field and in my case the forest for running and the beach for swimming. The nurse would weigh us and ask questions about our bruises to rule out domestic violence. If all was clear with those two indicators and we were fully vaccinated, we were cleared to play and learn.

The bruises were generally as a result of tree climbing and ballgames without protective measures. There was hardly an overweight child and equally seldom a child without a scratched knee. In the eighties children were often bruised, but happy from boisterous play that seldom resulted in serious accidents.

Whilst no bruise was left unquestioned, our eyesight was only tested at far from regular intervals. Perhaps vision was perceived to be an easily treatable issue that children would know to tell their parents or teachers about?

Between the ages of 9 and 12 I gradually shifted my seat towards the blackboard. By the time I turned 12 I had moved my desk as close as I possibly could and had developed very sharp hearing. Only at the scheduled test at age 12 was I referred to an ophthalmologist and soon after received my first pair of bright red spectacles. I was fortunate enough to eventually get my eyes tested, and could afford such aids.

But, when one of the wealthiest countries in the world is slow to pick up vision impairment how can we expect schools with far less resources to do so?

The answer to uncorrected refractive errors is certainly not to wait for the child to express that there is a problem, as we all know children often learn to adapt to environmental difficulties, even if these difficulties could lead to more serious issues later on. Perhaps more work is required to create health-seeking behaviours that enable children to communicate their needs and educate them about the importance of their ocular health.

Sadly most blind and visually impaired people live in low and middle-income countries. The hard-hitting and sad reality is that the majority are avoidably blind (WHO. Fact sheet N°213. Blindness: Vision 2020).

The problem of gender-based blindness is exacerbated by lack of access to appropriate healthcare. Men are 1.7 times more likely to receive cataract surgery than women (Lewallen, Mousa, Bassett, & Courtright. 2009). If women in Africa received surgery at the same frequency as men, cataract blindness could be reduced by about 12% (Mganga, Lewallen, & Courtright. 2011).

Women in South Africa bear the overwhelming burden of household responsibilities and child rearing, even when experiencing debilitating sight loss.

Research in the KwaZulu-Natal province in South Africa identified that while men were often able to seek financial and personal support from wives or daughters, women carried the burden of cleaning, cooking, and child rearing as well as contributing financially to the household even when blind (Levine. Unpublished).

Both men and women are faced with barriers preventing them from accessing the services they need, but women often experience debilitating challenges when sight loss is coupled with gendered economic, social and cultural expectations (Mganga, Lewallen, & Courtright. 2011).

Fortunately, strategies to address this disparity have demonstrated success in reducing blindness in women (Courtright & Lewallen. 2009):

The goal to prevent avoidable blindness can be achieved in Africa with significant investment in ensuring women and children have access to eye health care (Mganga, Lewallen, & Courtright. 2011). If women are left behind then communities will be prevented from flourishing and thriving.

Investment in this area could mean that no person, whether they live in Norway or Africa would have to face a lifetime of visual impairment or blindness from a condition that is far easy to prevent than knocks and bruises in the playground.

To help make positive changes and to fight for an end to extreme poverty and preventable disease, JOIN ONE today! 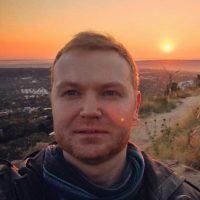